The Trump administration has imposed sanctions on people from Iran, Syria and Uganda on the basis of human rights abuses. These individuals will be subject to financial restrictions in order for the US to help other countries that are struggling with refugees due to conflict situations.

The “where is iran” is a question that has been asked many times. Iran, Syria, and Uganda are countries that have been sanctioned by the United States for human rights abuses. 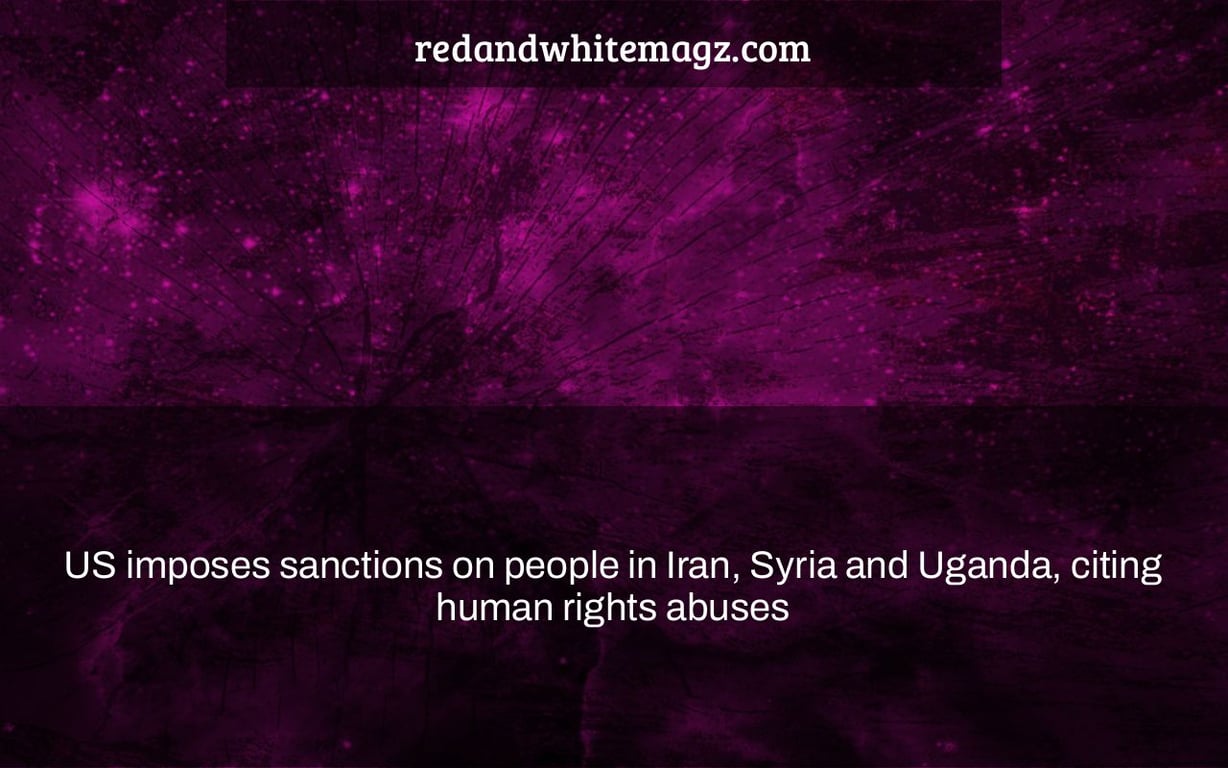 According to Reuters, the US government has imposed sanctions on fifteen individuals and entities from Iran, Syria, and Uganda for their roles in “severe” human rights violations and acts of repression against civilians, political opponents, and peaceful protestors.

According to Reuters, US Secretary of State Anthony Blinken announced the sanctions in a statement, stating that the Ugandan military intelligence chief, two Syrian generals accused by Washington of being masterminds of chemical attacks against civilians, and three Syrian secret service officers are among those sanctioned.

There are also seven Iranian individuals and two security forces, as well as two Iranian jails, Zahedan and Isfahan, where arbitrary arrests and extrajudicial deaths, according to the US, have occurred. In the case of Iran, Washington has targeted the Iranian Law Enforcement Forces’ Special Units, or LEF as it is known in English.

The US slapped penalties on more than a dozen individuals and businesses in Iran, Syria, and Uganda on Tuesday, accusing them of involvement in significant human rights violations and oppressive conduct. https://t.co/XwCfbQjzz6

According to yahoo news, the Iranian Anti-Terrorism Special Forces (NOPO) have also been sanctioned by the US Treasury Department.

The Treasury noted that these units are responsible for crowd management and protest suppression in the Islamic Republic, and that they played a crucial part in the ruthless repression of protests that erupted after the 2009 presidential elections.

According to Reuters news, the governor of Al Qods province, Leila Vaseghi, and two Revolutionary Forces of Iran interrogators have also been sanctioned.

On Eunomia, you may discuss this news.

Officials from Syria who have been sanctioned

In Syria, the US has sanctioned General Taufiq Mohamed Jadur, commander of Air Division 22, for his part in commanding the Dumair base in February 2018, from which chemical weapons were launched into the resistance stronghold of Eastern Ghouta.

Syria’s General Mohamed Yusef al Hasuri, the former leader of Brigade 50 at the Al Shairat facility, has also been sanctioned.

According to Reuters, the purported chemical assault on Jan Shijn (Idleb) in April 2017 resulted in the deaths of 87 individuals.

Similarly, Washington has singled out Adib Namer Salameh, the deputy head of the Syrian Air Intelligence Force, as a significant role in the president’s oppressive security apparatus’s wicked activities.

Uganda has also not been spared. General Abel Kandiho, the country’s chief of Military Intelligence, has been sanctioned for detaining and physically torturing persons in the East African country.

According to Reuters, the assets of the named persons and businesses within US jurisdiction have been blocked as a result of the penalties. They are also barred from doing financial business with citizens of the United States.

DISCLAIMER: ALL RIGHTS ARE RESERVED