Barely Legal is Lee Pitts latest work of fiction. Its a mix of suspense, mystery and romance with a little time travel thrown in for good measure. 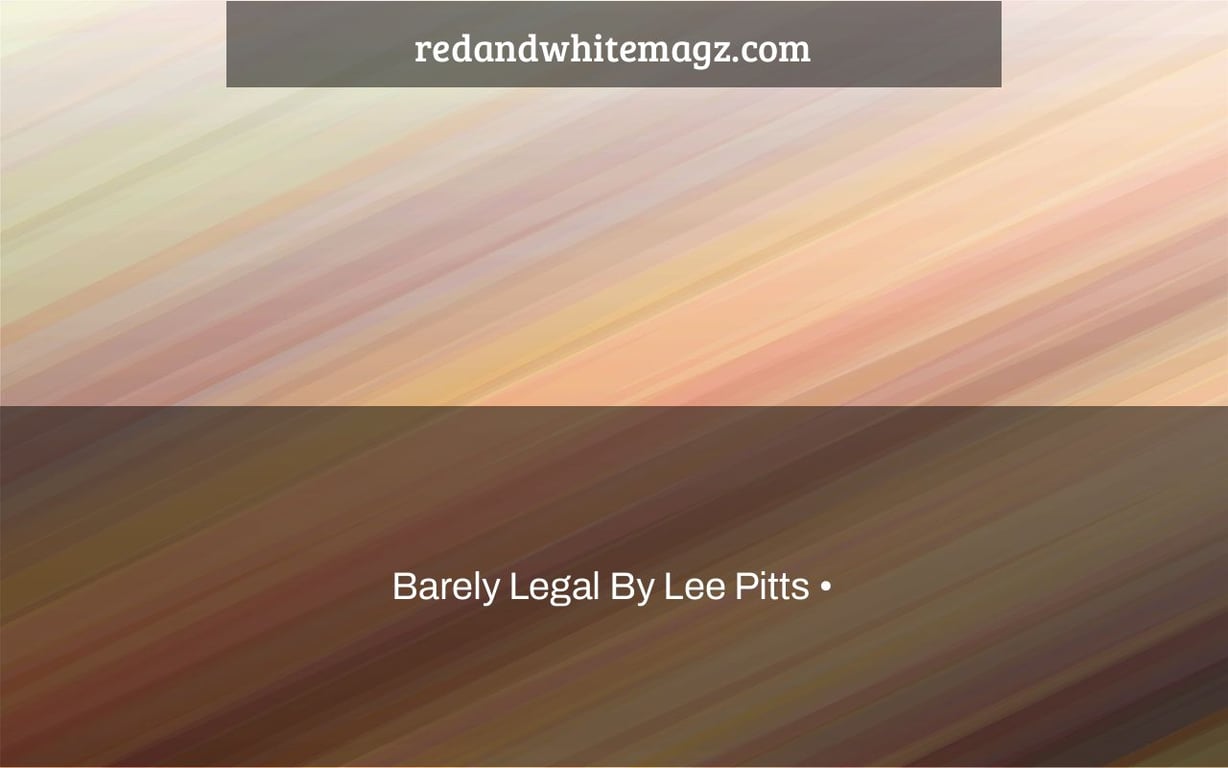 There’s a lot of debate about how the beef market needs additional local processing units to counter the Big Four meat packers’ dominance. I’ve found that being a little beef packer is the most efficient method to lose your shirt in the quickest amount of time. I know two men who tried it and lost a million dollars each. It will cost you 1.2 million dollars to create a new little facility that will only process 20 heads each week! In addition, the meat must be examined by a government official.

The absence of price discovery in the fat cattle industry is due to contract production, as it is in the pig and poultry businesses. Contract production is what got us into this situation, and it’s what will get us out, but it’s not the contract the Big Four want you to sign.

I’ve known how to compete with meatpackers since I was a freshman in high school. My agriculture instructor used to have FFA members start with a lamb project, where they’d feed one or two lambs alfalfa hay and cull lima beans, which were abundant in our region, and raise them from 60 to 100 pounds. Our chapter had a waiting list of locals who enjoyed the finished product, and there had never been a complaint about the quality of the lamb in 40 years, and no one had gotten ill owing to filthy slaughter circumstances. By uncovering a gap in the legislation large enough to drive a truck through, we were able to get past the restriction that the final product had to be federally inspected. What we did is referred to as a “workaround” by those with Harvard and Wharton business degrees.

Because, you see, the two 60-pound lambs I fed, watered, and cleaned up after every day weren’t actually mine. No, they belonged to two folks on our chapter’s waiting list who were desperate for lamb. Any such contracts that we engaged into were even recorded on a page in our FFA project books. If my clients wanted to observe how their lamb was reared, they had complete visiting privileges. What a case of openness! I’d take the lamb carcass we slaughtered at our school’s farm store to a nearby butcher, who would then chop it up according to the animal’s owner’s demands. After that, the contractee would pay me thirty dollars to complete the contract. Because it was, and still is, permissible for an animal’s owner to process it himself or have it done for him as long as they are the end customer, neither the lamb nor the facility needed to be inspected by the federal government.

We’re going to get through this together, Atascadero

This was made feasible since most people back then had a large freezer on their back porch that could house a half a cow and a lamb, and they didn’t have to worry about supply chain concerns like we do today.

My acquaintance earned a lot of money on a variant of this concept by purchasing bull calves at auction, feeding them, and then selling the animals to individuals who preferred to murder them according to their religion’s requirements. They bought the animal from my buddy and then slaughtered it using my friend’s facilities. My acquaintance has never spent a day in prison, at least not for animal-related offenses, as far as I know. Every year, when hunters kill a deer, elk, or moose and prepare it themselves, they do the same thing.

I can’t claim I made a fortune off the two lambs (I only made $3.00 per head), but it gave me the idea for my much bigger rabbit operation, in which I looked after thirty does and sold (wink, wink) the bunnies their does generated to ultimate purchasers. I confess I was working in a bit of a murky area here, but the statute of limitations expired a long time ago, so na na nanny goat.

So, if you’re anxious to compete with Tyson, JBS, or Cargill, I’ve got a far better idea for you. Simply pay me the $1.2 million you’d spend on a mini-slaughterhouse, and I’ll travel to Las Vegas and play craps until I’m out of money. Believe me when I say that we’ll have a lot more fun together.

What is IMS Service? –

How to set up and claim rewards